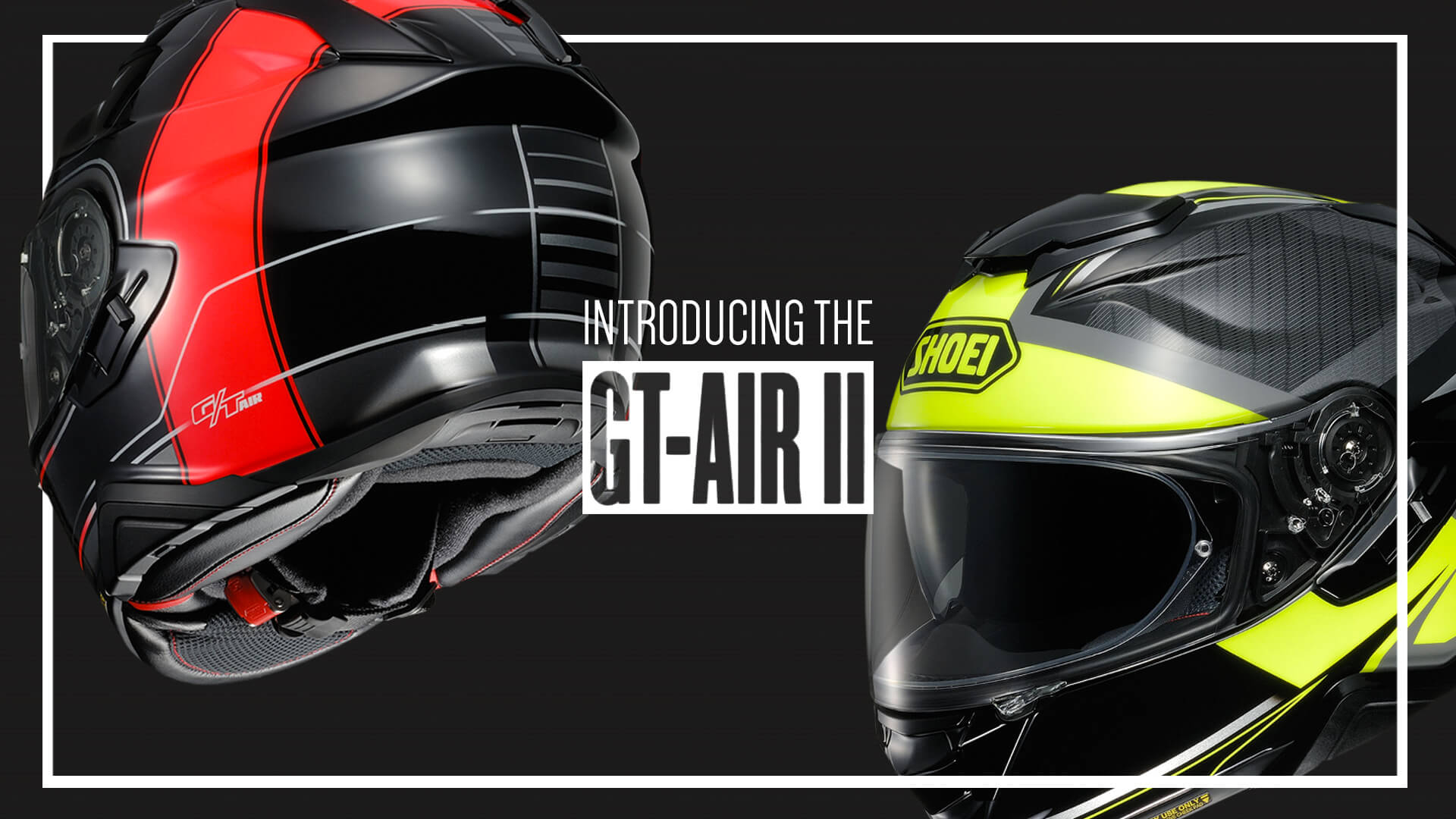 The successor to Shoei's most popular full-face, 2019's Shoei GT-Air 2 is lining up to be their most innovative and impressive helmet yet.

Billed as "the answer for every condition" by the Japanese manufacturer, Shoei is bigging up their newest 2019 model, the GT-Air 2, as the touring helmet to end all touring helmets. That's a big statement, especially as the successor to the 2017 GT-Air, popular for its everyday functionality. Of course, Shoei are no strangers to sequels; they tend to rebuild their helmets from the ground up, taking their successes, and making minor revisions to organically improve their previous models.

Technically speaking, the GT-Air 2 has the same structure as its 2017 precursor. Similar to the original, the GT-Air's shell is constructed of multiple layers of organic and multi-composite fibres built around an abrasion-absorbing AIM shell. Available in 3 different shell sizes as well as varying cheek-pad sizes, you can expect the custom fit of the GT-Air 2 to be just as comfortable as the original, and ideal for day-to-day riding. So far the same. As for everything else, little tweaks here and there have allowed Shoei to modernize the full-face with optimal streamlining, ventilation and seamless integration with communication technology,

Noticeable improvements can be seen in the aerodynamics of the shell, to form a perfect day-to-day helmet. Engineered using Shoei's own wind-tunnel, the helmet features an integrated spoiler on the top as well as a newly designed chin spoiler that optimises its aerodynamics to reduce buffering and relieve pressure on your head at higher speeds. The weight of the helmet hasn't been announced as of yet, but if it's anything like the original GT-Air (1450 grams), it'll be significantly lighter in weight than most modern full faces.

The GT-Air 2 has been built with modern communication in mind, featuring a non-protruding space within the helmet's design for a Sena SRL2 communication device. This allows for seamless integration with Sena SRL2 devices for ease of fit and removal, without the awkward wires and cables.

As for its visor, the GT-Air offered a standout field of vision in comparison to the best helmets, and it appears that its successor offers the same, boasting both anti-fog and anti-scratch properties. Improvements have been made however to the helmet's integrated sun visor which allows for a greater field of vision, and 99% UV protection. The enlarged QSV-2 has an increased height of 15.5 millimetres: 5mms more than the original GT-Air's QSV-1, allowing for increased visual coverage regardless of your head position whether you're looking upright or with your chin to the bike. Add to the fact the visor itself is pinlock ready - bonus!

Ventilation-wise, Shoei has drastically improved the airflow system of the GT-Air 2 to allow more air through the helmet without the drag and wind noise. By adding inlets at the upper head and chin areas, as well as two outlets at the rear, and the introduction of a slight opening at the visor position with special beading for optimum sealing, the passage of air is far more efficient for circulating fresh air to your face without misting the visor.

Available in 7 colours and 9 striking graphics, Shoei has brought their A-game to the modern full-face helmet. Whilst you can expect a premium price, you're guaranteed a top-of-the-range lid that exceeds worldwide safety expectations.