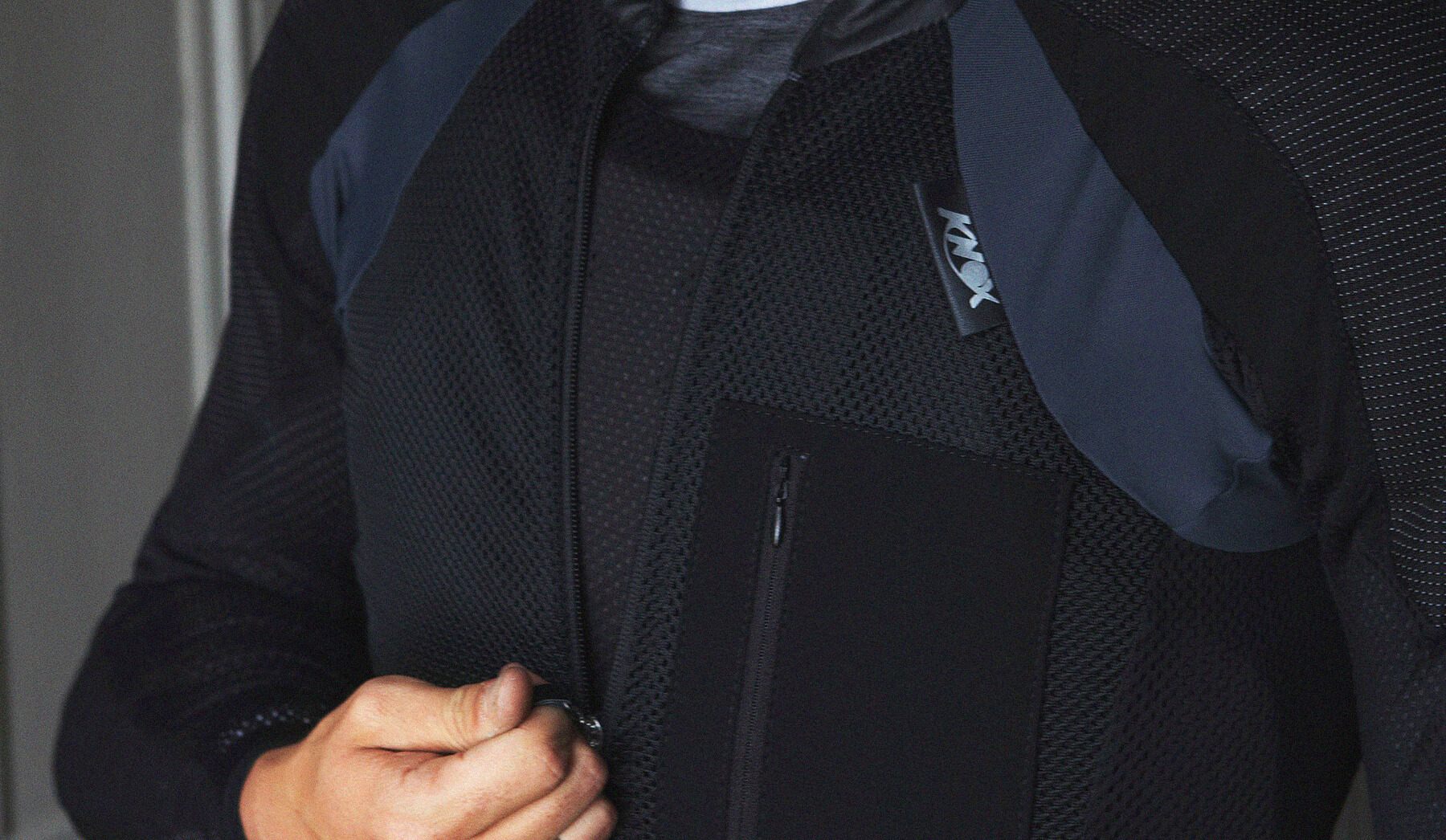 Established in the early eighties, Knox has remained at the forefront of motorcycle safety with their current range showcasing nearly forty years of design and innovation excellence. In this article, manager of Infinity Motorcycles Holborn Keith Rossiter looks back at Knox's impressive rise to prominence.

The British company produced their first Knox motorcycle armour under the ‘Pro-Tek’ banner and was one of the first commercially-available back protectors, which quickly became a virtually compulsory piece of riding kit for track racers. As with so many things that start life on the track, it has since filtered down to everyday road riders who have no intention of ever tackling a race track. Mind you there aren’t many professional racers who tackle the battle of the daily commute either!

Knox was also amongst the first to offer proper protection for the rough and tumble world of motocross, and in the late eighties won an industry award for producing the first waterproof garment with integrated body armour. Again, this is something we take as a given these days, but it wasn’t so long ago that such protection was unheard of.

Shortly afterwards, Knox was one of the first to introduce a summer motorcycle jacket that offered protection and comfort; a style that continues to be popular to this day, such as the highly-regarded Zephyr jacket. A variation of which has also been specifically designed for female riders.

In the early nineties, Knox was involved in setting up the first CE standards for motorcycle protection and as a result, their innovative safety shirt was introduced. This model, with a few detail changes, continues to this day in variations such as the Action shirt and the Urbane shirt, and as with most of the Knox range, these styles are also available in female variations. 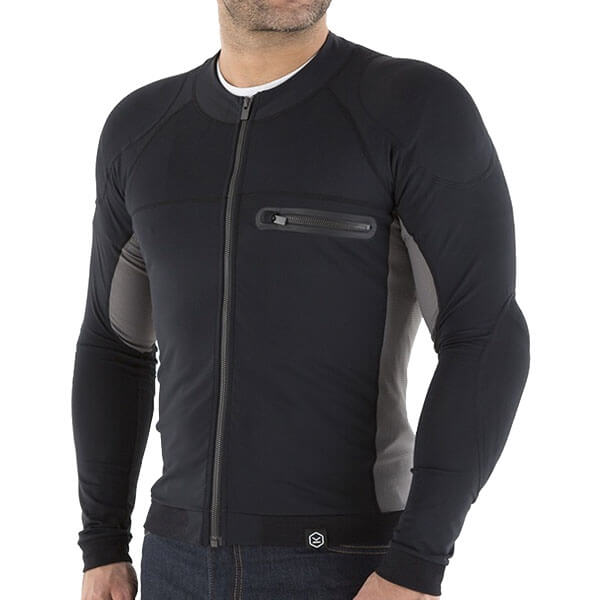 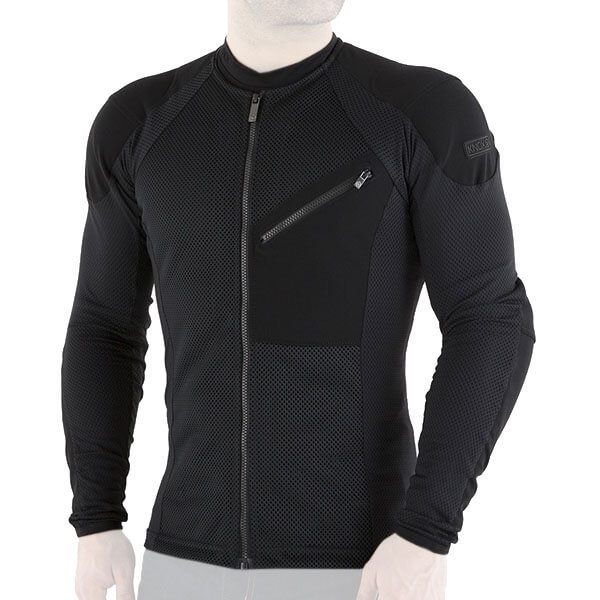 Whilst their own range of garments was relatively small in the early days, the respect they had in the industry was huge. As a result, Knox motorcycle armour was used as the standard original armour in many ranges from well-known brands including Belstaff.

As well as the secondary protection offered by their armour, Knox has used their textile experience to develop primary protection that helps keep you warm and dry. Nowhere is this more evident than in their Cold Killer mid-layer range which now encompasses jackets, trousers, inner gloves, socks, neck tubes, and balaclavas: all designed and made in Britain from quality materials, they have been tailored to the needs of year-round riders who want to beat the wind-chill factor, which if riding at 70mph in zero degrees equates to a hypothermia-inducing -19 degrees Celsius!

The range features flat seam construction for added comfort along with moisture-wicking areas to keep you warm and dry. 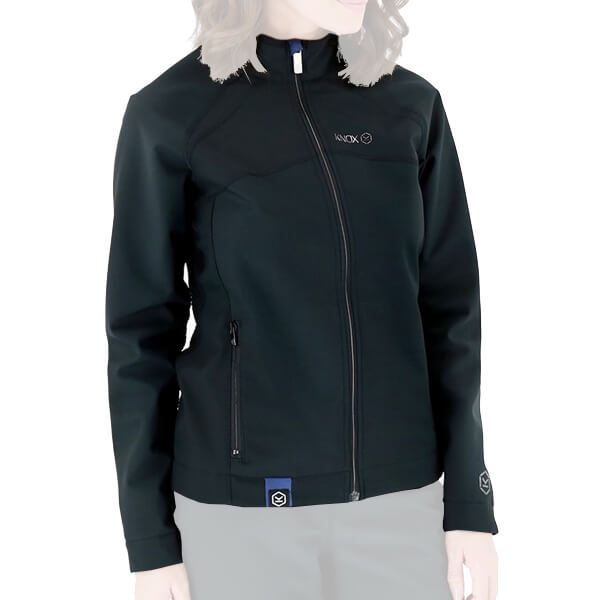 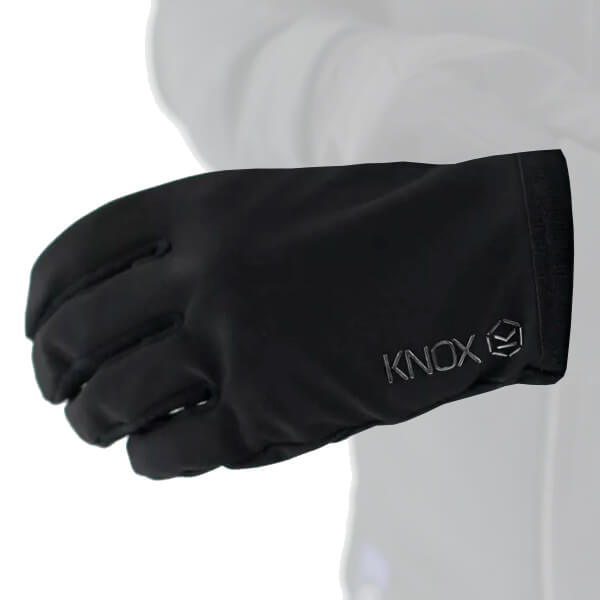 Another important innovation introduced by Knox in the early part of this century was their SPS system; a simple development that has saved many scaphoids since 2004. Initially an unforeseen consequence, it has also saved a few collar-bones over the years too. The scaphoid protection system consists of some inconsequential-looking palm sliders which are now used by many of the best motorcycle glove manufacturers in the world; a fact not lost on Knox, who introduced their own range of high quality and quite revolutionary gloves in 2009.

The multi award-winning (and multi-race winning) Knox Handroid model has now been joined by its shorter sibling, the Knox Pod. 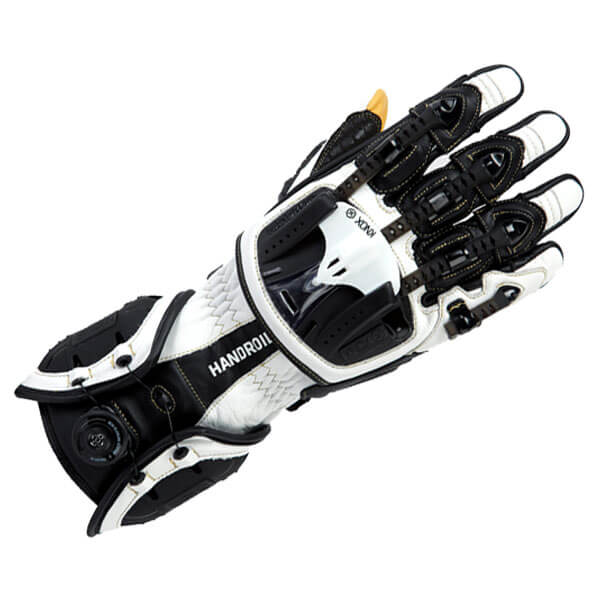 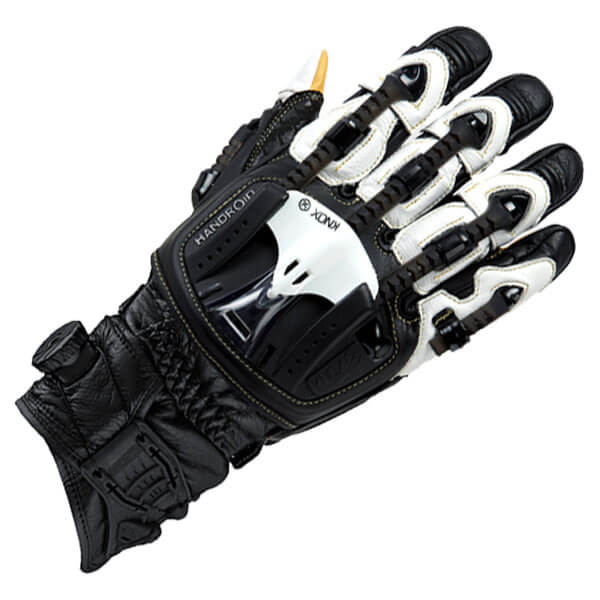 Due to the popularity of the Handroid motorcycle glove, Knox has now introduced some slightly more conventional models to their range. The Orsa leather, Orsa textile (for off-road or very hot summer riding) Nexos, and Covert models are all popular, as are the ladies' Hanbury, and Hadleigh studio models with their understated protection. 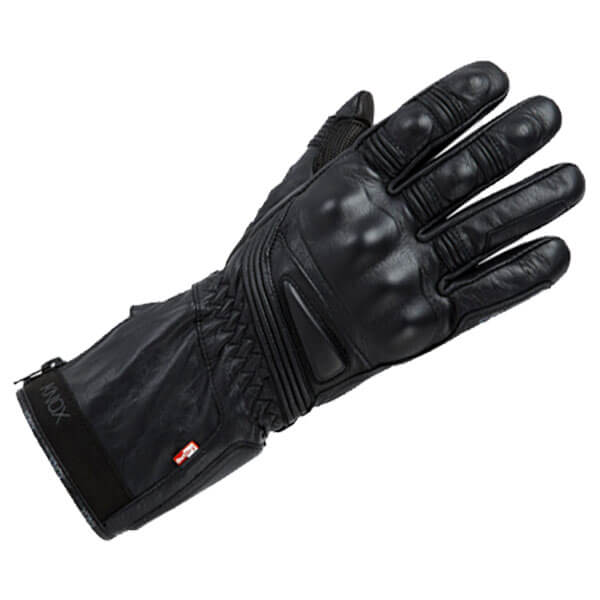 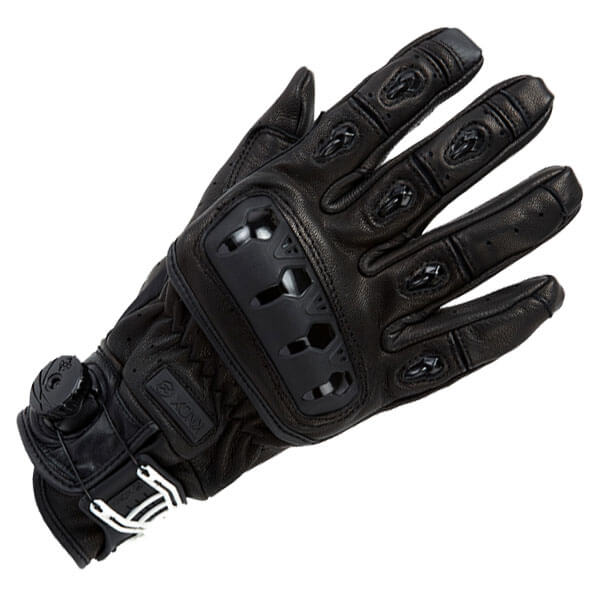 In 2015 Knox launched their Studio Collection which was a new and different clothing concept. Developed to work in all areas of life, the Studio Collection is a mix of fashion and function based on a unique layering system that works seamlessly on or off the bike and is something that Infinity is pleased to stock at some of its larger stores.

The range includes wax, leather, textile and denim models. In the men’s range look for the Roscoe, the Logan, the Haydon, and the Ford.

As with everything Knox, ladies are not overlooked and most tastes can be catered for in the studio collection, with a choice of jackets such as the Lea Wax, the Roberta, and Phelix leather models, the Hartley denim in blue or black, and the Levett textile model which comes in a selection of colours.

Whilst Knox was not the first to introduce Kevlar-lined motorcycle jeans to market, their own variation have proved very popular including the men’s Richmond, Roman and Buxton jeans. 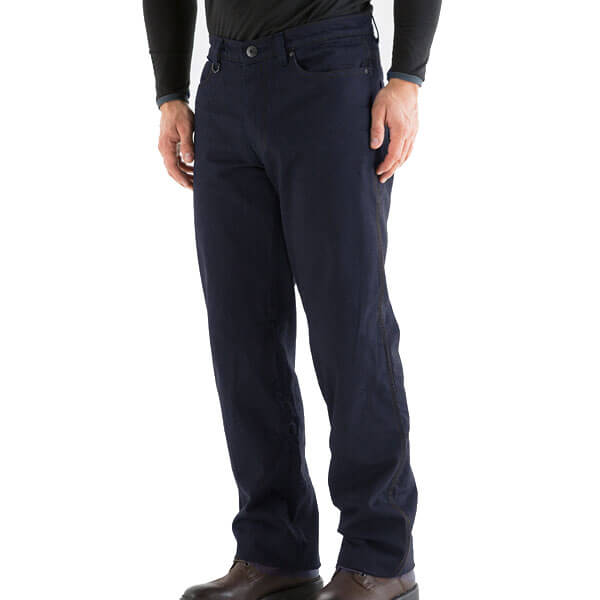 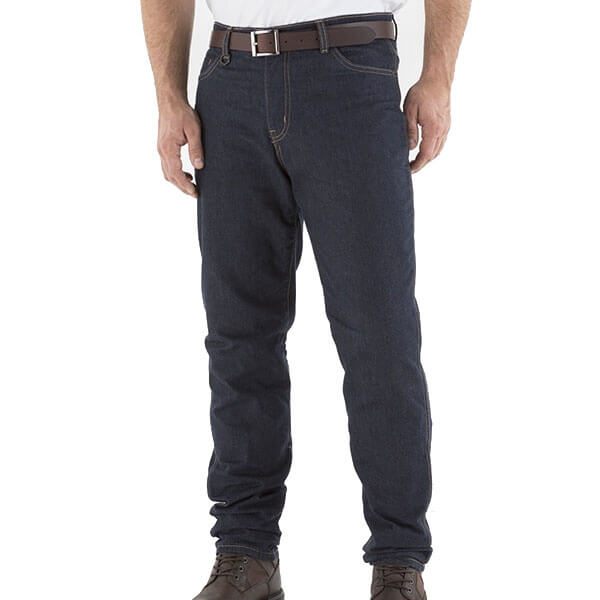 The ladies skinny fit model, the Scarlett is proving a winner with female riders who want style and protection, whilst their Brooke and Roseberry models certainly have their fans. 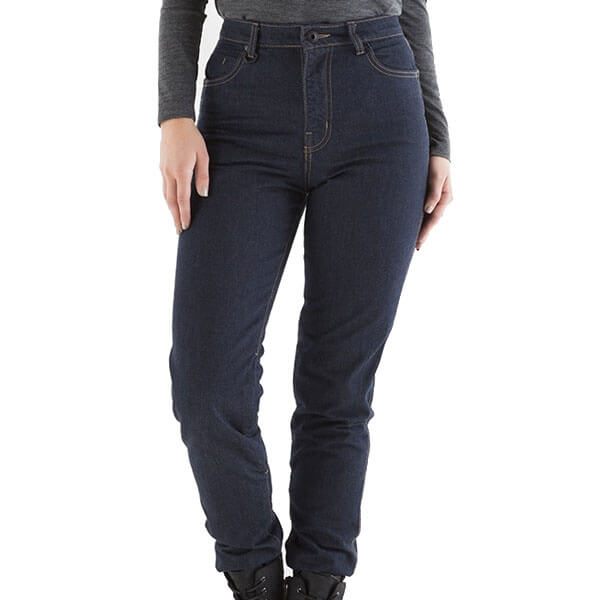