Due to Royal Mail strike action and unprecedented demand over Black Friday, please expect a slight delay in delivery times. Bear with us as we work to dispatch all orders asap.

Headlights are an essential feature on motorcycles, not only for lighting your way but also for keeping you visible on the road. Working, roadworthy light systems for motorcycles can mean the difference between a safe journey home or not.

We've all heard the two terms "Halogen" and "LED", but what do they really mean and, more importantly, what are their benefits?

The Benefits of Halogen Motorcycle Headlights

Halogen lighting is the most commonly used type of headlights on motor vehicles, motorcycles included and is a type of incandescent light which uses a filament housed in a halogen filled bulb. When these bulbs are powered up, they send an electrical current through these filaments. The flow of current heats this tungsten filament until it gets white-hot, at which point it will start emitting light.

A drawback of these type of bulbs is that they can become hot from how much power is needed to illuminate them - this heat could be enough to cause some discolouration on the housing of the lights on your bike. However, because of how simple the design of the bulbs means that they are very cheap and easy to replace. The lifespan for a halogen bulb is around 2,000 hours which works out to around 2-years worth of use - if you were to ride about 3 hours every day - which could be a reasonable assumption if you are a commuting biker. 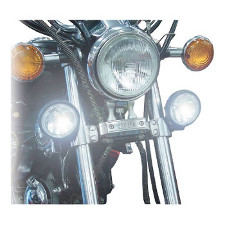 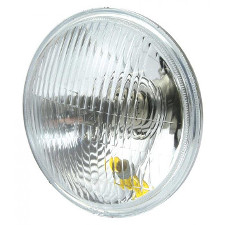 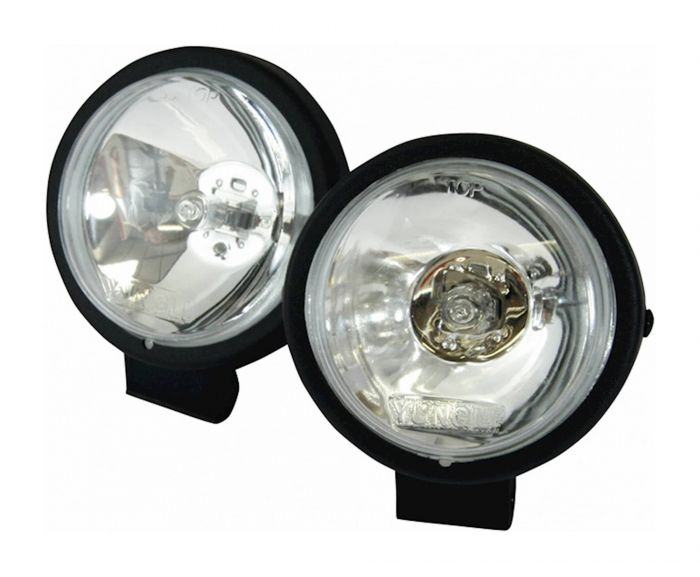 The Benefits of LED Motorcycle Headlights

LED lighting does not make use of filaments like halogen bulbs do. Instead, they are made up of semiconductors which, when powered, emit photons which results in light being emitted. LED Lights require more complex electronics that can consist of heat sinks and fans and makes them inherently more expensive to produce. The benefits here are that they consume less power and have a much longer lifespan than conventional halogen lights. Although they produce some heat, it is not very significant, especially when compared to that of halogen lights. Unlike halogens, LED lights can run for up to 20,000 hours. This massively improved lifespan is why many industries have abandoned the use of halogen lights in favour of LEDs.

The popularity of LED motorcycle lights has meant that they are being mass-produced with many options for replacements lights in various designs, even for older motorcycles. Some of these designs include daytime running lights in signature designs, halo rings and even projector-style headlights. With LEDs, manufacturers are able to produce intricate designs that are incredibly pleasing to the eye. These spotlights are also increasingly popular among adventure bike riders as they offer great lighting for riding off the beaten track. A drawback though is that despite LEDs becoming more commonplace it still is an expensive alternative to halogen bulbs - and with some new changes to the motorcycle MOT it is not just a simple choice to swap the bulb out if you are looking to go from halogen to LED. Instead, you would need to change the entire lighting system on your bike. 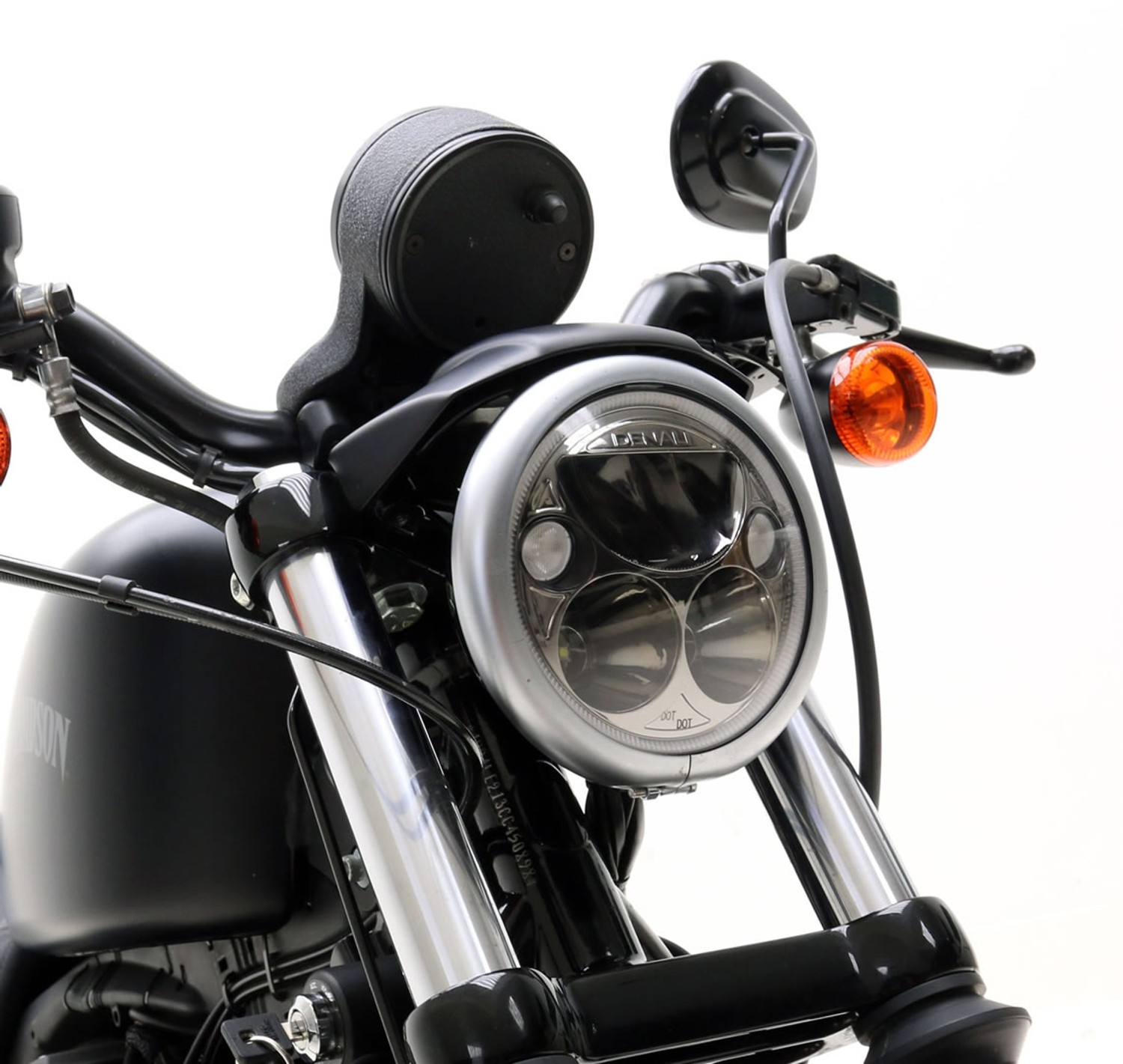 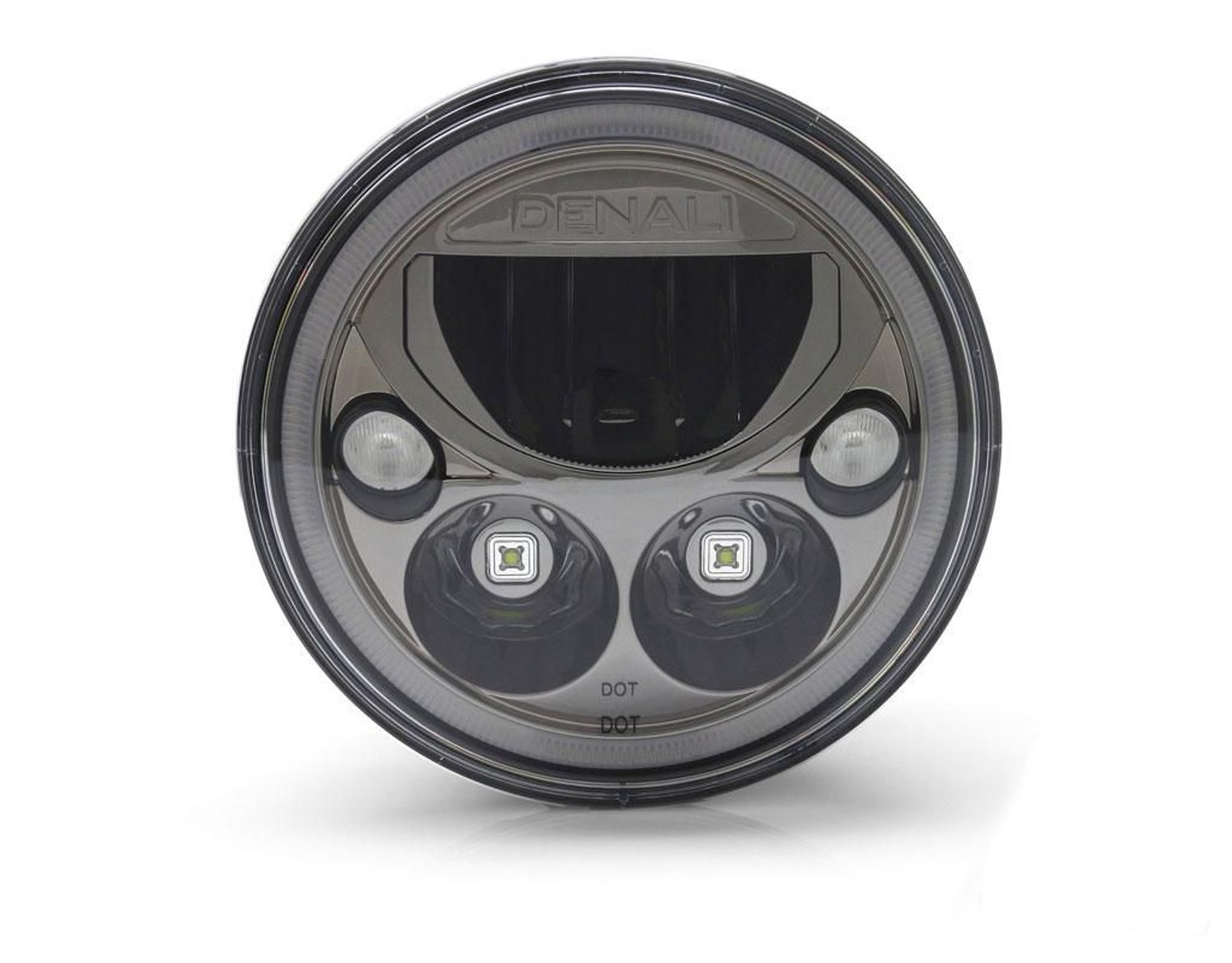 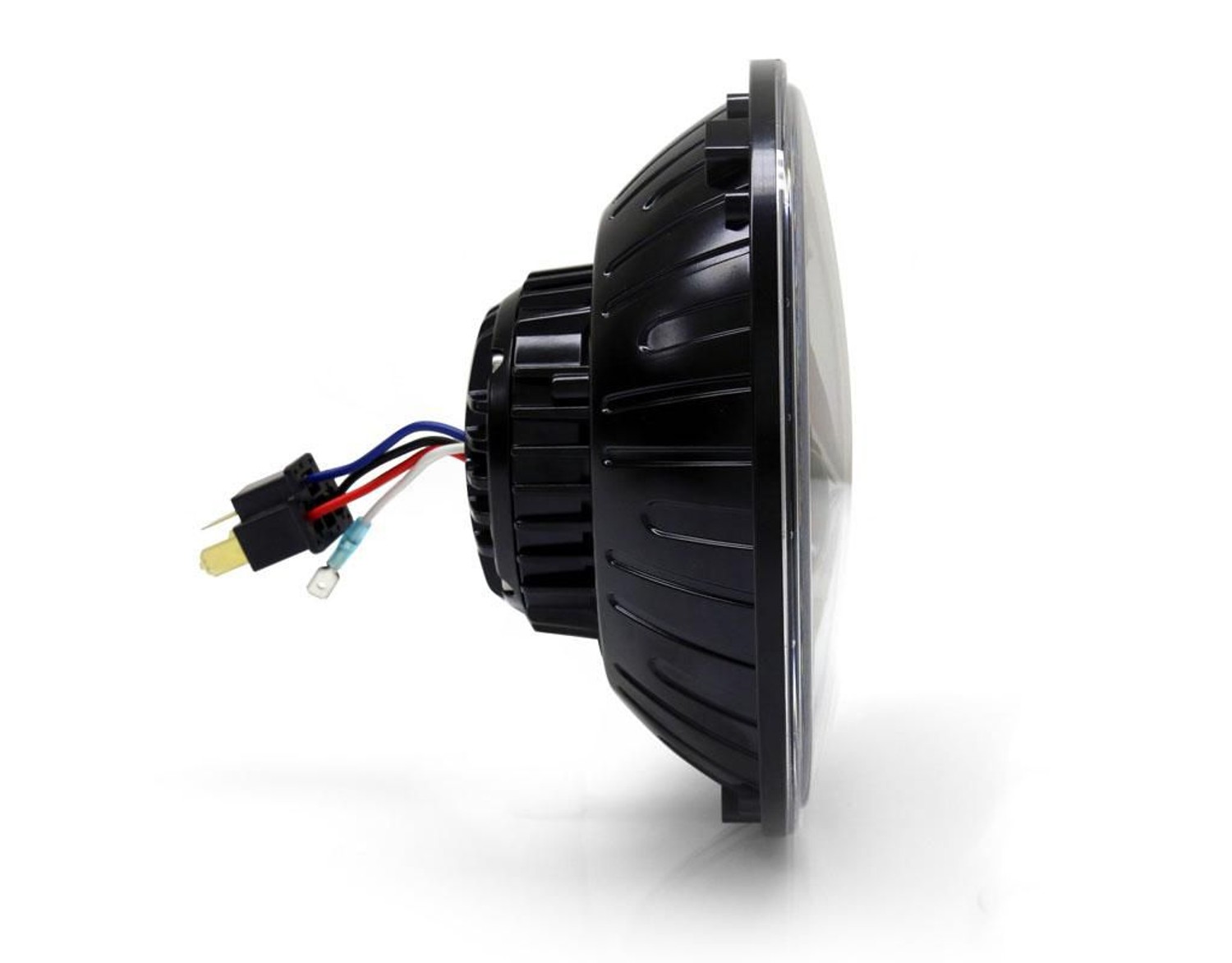 Legal guidelines should always be considered when deciding to change from halogen to LED lights. There are some grey areas in terms of the legality of LED replacements, and with so many products on the aftermarket scene, you may spend money on something you won't be able to legally fit onto your bike.

There has also been a very recent change to the motorcycle MOT guidelines which we have alluded to in this article. This is straight from the guidelines: "Some motorcycles may be fitted with high-intensity discharge (HID) or light-emitting diode (LED) headlamps. Existing halogen headlamp units should not be converted to be used with HID or LED bulbs. If such a conversion has been done, you must fail the headlamp". Put simply this means you can't simply swap out your existing halogen bulb for an HID or LED one - the entire lighting unit itself has to be changed.

Hopefully, this handy little guide serves you well and why don't you check out our range of motorcycle accessories right here!

What our customers think about us