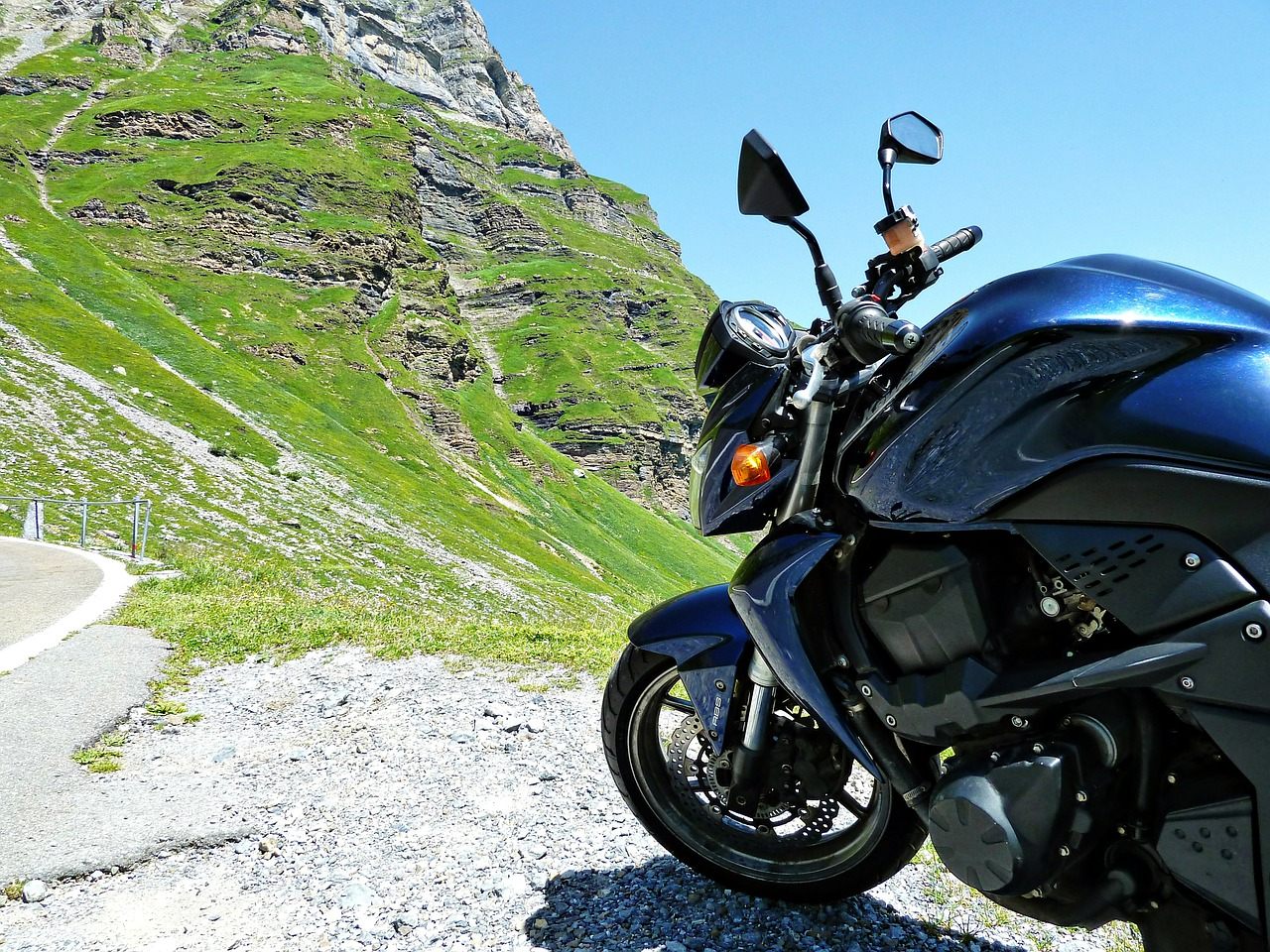 Motorcycling in France: Staying on the right side of the law

One of the ultimate thrills of motorcycling is taking a holiday somewhere on your bike. With the French road network stretching over one million kilometers through picturesque landscapes, it’s not surprising that France remains one of the most popular destinations for motorcycle touring.

French driving laws are the main topic of conversation for any motorist heading over the Channel. To help experience the joys of riding the continent without worrying about getting on the wrong side of the French police, Mark from Infinity Motorcycles has answered your commonly asked questions around French law and what it means for you.

Strict speed limits apply all over France and are being enforced more widely than ever before. If you can’t instantly convert kilometers to miles-per-hour, or your speedometer doesn’t show both, here’s a useful guide from the AA to help you out. 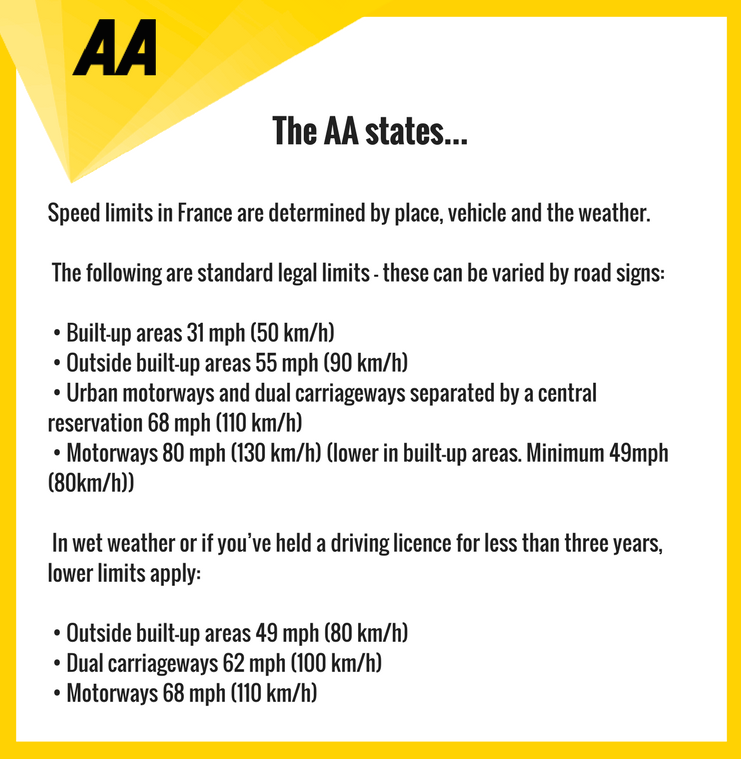 Since 2012, the use of a radar detector or any device capable of detecting speed, including satnavs or GPS systems capable of showing speed camera sites have been banned.

As well as the police officers and unmarked cameras that currently line the roadside, the French government is installing around 400 new, unsigned, fixed speed cameras as well as taking down signs indicating the location of existing camera sites.

It is unclear how the ban of speed camera warning devices is enforced. Checking every device in every vehicle would be an administrative nightmare.

If you can’t pay an on-the-spot fine, which can be several hundred euros, your bike could be confiscated until you come up with the cash.  In serious cases, you could have your UK driving licence confiscated. If no alternative driver with a valid licence is available, your vehicle could be temporarily impounded.

“We had a customer who recently got caught at 130 mph and not only was he heavily fined (€800 from memory) he was also disqualified on the spot. This meant his brother had to come over from the UK with a friend to collect him and his bike from the side of the road. Ouch!”

What should you do?

Save yourself the worry by doing your research into the speed limits and French driving laws before you hit European tarmac. Stay alert and observe all speed limits during your tour.

If you have a satnav capable of displaying camera locations in France then you must at least disable camera alerts. However, it is recommended that you contact the manufacturer for advice, as it may be possible to remove camera data for France from the device. 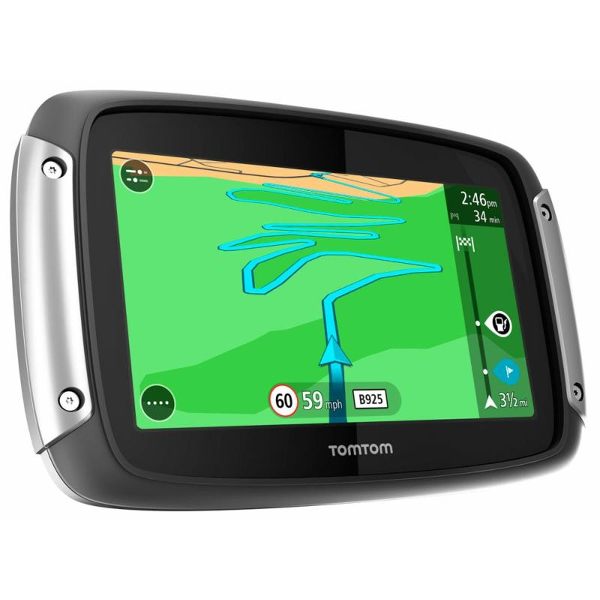 You must carry all the following documents with you when you travel in France, or indeed most of Europe. Here’s a document checklist:

Police may carry out random checks at any time.

If you are caught without any of these documents, some of these items carry pretty heavy on-the-spot fines. 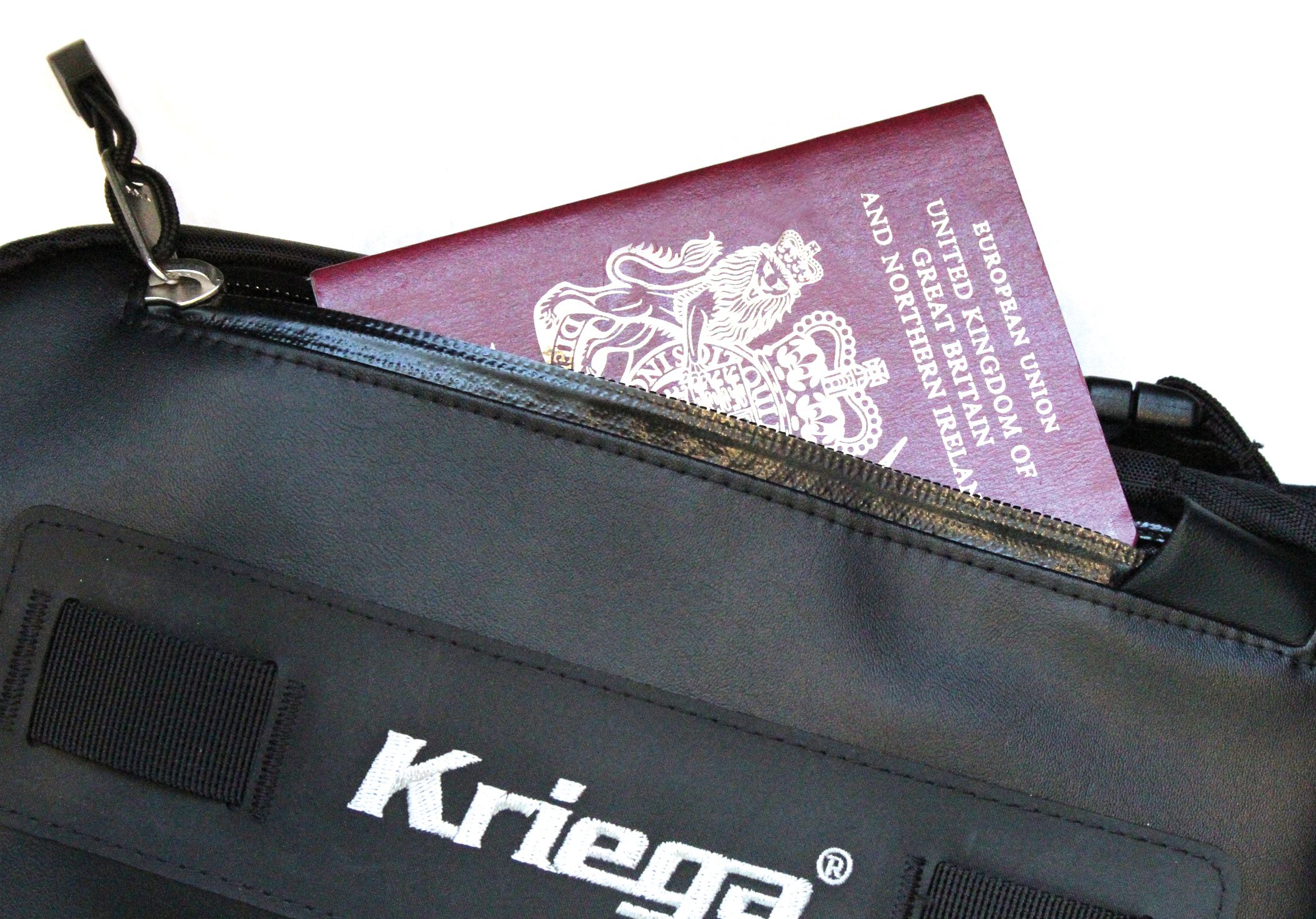 Since January 2016, it has been compulsory for all motorcyclists (two and three wheels) to carry reflective jackets and wear them in the event of an emergency/breakdown.

French legislation states that a motorcycle helmet must have front, rear and side reflective stickers. However, it is the EU Commission’s understanding that this cannot apply retroactively to helmets already in use. As a consequence, foreign motorcycle riders carrying a helmet that doesn’t have these reflective markings cannot be obliged to bring their helmets in to conformity retroactively. Only new helmet types placed on the French market must comply with the new requirements and bear this reflective material.

Police may carry out random checks at any time and are almost certain to stop if they see you broken down.

The fine for not carrying a hi vis jacket is a mere €11, rising to €135 if you do not have one when broken down.

Although the fine for not having reflective stickers on your helmet could be up to €135, it is currently not as commonly enforced.

“Personally I have never heard of this being an issue for anyone, and the law has been in place for over 25 years. I have travelled many thousands of kilometers through France over the years without issue as well. However a strict Gendarme looking for an easy €135 may have a different opinion”

What should you do?

The legislation around reflective vests is written in a very motorcycle unfriendly way, stating that the vest must be in reach of the rider and pillion from the seat of the motorcycle. So in theory, you cannot get off your motorcycle to retrieve the vest. The best advice, either wear your hi vis vest while riding in France or put it in your tank bag. If you have a pillion, you will also need a vest for them.

Although not as strictly enforced to guarantee avoiding hassle, sticker your helmets up. Bear in mind that the stickers needed to comply are permanent and difficult to remove without damaging your helmet.

Some helmets, such as the Schuberth C3, which is a great touring helmet, have a built in reflective capability incorporated into their design 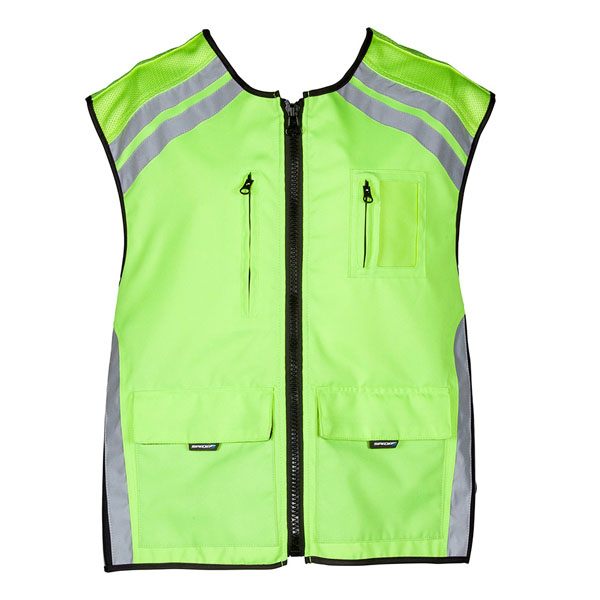 Accessories and the law

As of summer 2017, it is now against the to ride a motorcycle or scooter without CE certified gloves. That goes for your pillions too. If you're planning on hopping on your bike for a 5 minute trip around the corner, wear your gloves! Being caught without will see both you and your pillion set back €68 each! See our full range of CE-approved motorcycle gloves.

If your number plates include the GB euro-symbol (Euro plates) you don't have to display a conventional GB sticker within the EU.

Even the French police appreciate that it can be difficult to fit a GB sticker anywhere on a motorcycle, so this is rarely enforced. To save the worry, buy smaller ones if you have a spot for them.

Carrying spare bulbs is recommended rather than enforced. French Police appreciate that carrying them around on a bike is a bit of a hassle, but if you have space under your seat it is recommended to carry them, plus you never know when you might need one.

It is compulsory for dipped headlamps to be used day and night when riding in France, all new bikes in the UK comply with this rule as standard.

“I believe in more recent years bike headlights point forward rather than left or right (as cars do) so there is no difference in the direction of the beam between a UK or Euro motorbike. If you have such a bike then headlamp converters wouldn't be required. You may have to look at taping up part of the beam if you are using an older machine though, if only as a courtesy to the oncoming traffic.”

Officially breathalysers are on the legal list of items that you are required to carry when driving in France, but there is no fine for not having them. Just as bizarrely, even though the one-use types have a shelf life of about a year, digital breathalysers aren’t legal, even though they are more accurate and can be used repeatedly and indefinitely. To be safe, we would advise carrying two NF certified breathalysers.

If you wear prescription glasses you are required to take a spare pair of spectacles in the car with you when driving in France, so assume the same applies to a bike.

Since July 2015, wearing earphones and headphones whilst driving or motorcycling has been banned. The new rules prohibit the use of any headset capable of emitting sound, including music and phone calls, with a penalty of a €135 fine and three license points.

Exceptions include hands-free speakers that are fitted to the helmet and don’t go in the ear, which are still permitted.

Conclusion: Your driving in France checklist

The bottom line is that whilst there are a lot of strict rules specific to France, the overall abiding one is common sense. Enjoy the ride, experience the freedom that only a bike can give but don’t be reckless. Don’t give the Gendarmes a reason for you to try and bluff out your excuses in your poor attempt at their language.

All information stated here is correct as of July 2017. Whilst this article may update regulations, Infinity Motorcycles cannot be held responsible for any inaccuracies or oversights.