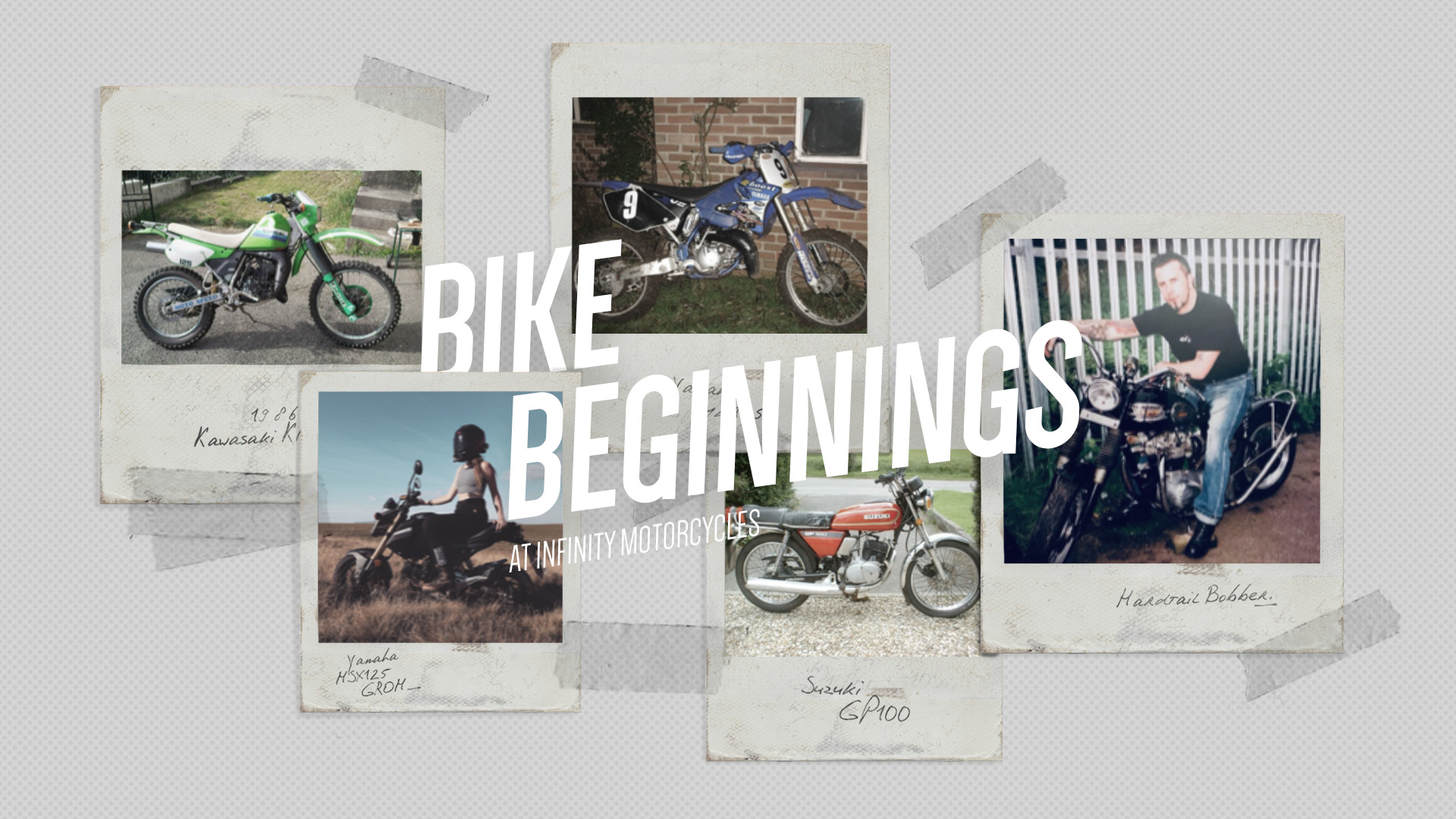 Here the Infinity team take a stroll down memory lane and recall some of their fondest motorcycle memories of their first bike...

Everyone remembers their first motorcycle. Those intoxicating feelings of pride, freedom, and exhilaration are impossible to forget. And for most of us, it was our first bikes that kick-started our unstoppable love affair with two-wheelers.

We asked some of our team members at Infinity to recall their first bikes – no matter how good, bad, or downright disastrous they were. From the heart-warming to the side-splitting, join the Infinity team as we take a bumpy ride down memory lane. 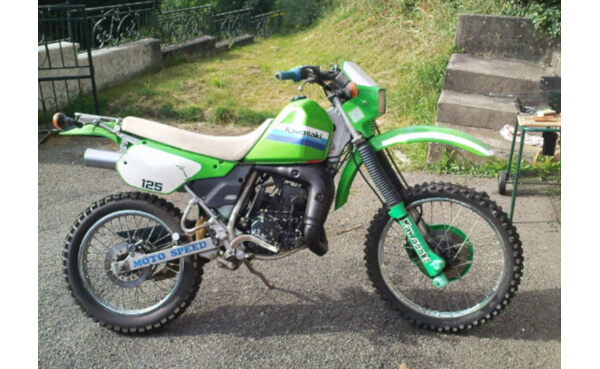 "This is the bike I learned to ride on and to be honest, it was a bit of a nightmare. For starters, it was really difficult to get into first gear. After struggling with this for some time, a friend told me to put the front wheel up against a wall and just drop it into gear.

That seemed like a good solution - until I forgot about the wall. Flashforward to me standing beside the bike, dropping it into gear in the middle of my garden, and then promptly taking off like superman through the fence and into the neighbours’ garden!" 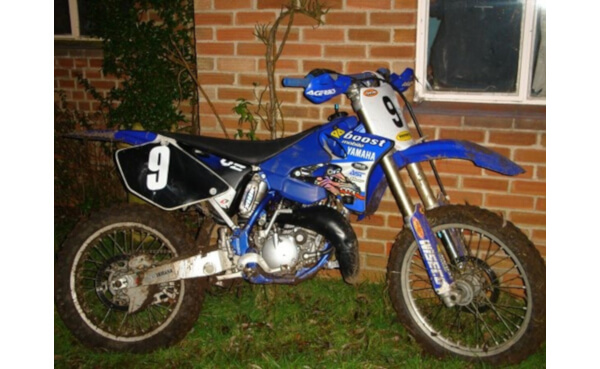 "This was my first bike. I’d seen a few of my friends riding motocross bikes and needed to have one! I loved when the power band kicks in and the smell of the pre-mix, especially on a frosty winter’s morning at a motocross track or up the fields.

It was perfect for what I wanted; light and easy to pick up when you fell off. Plus, pressure wash and it’s beautifully clean, ready to go again!" 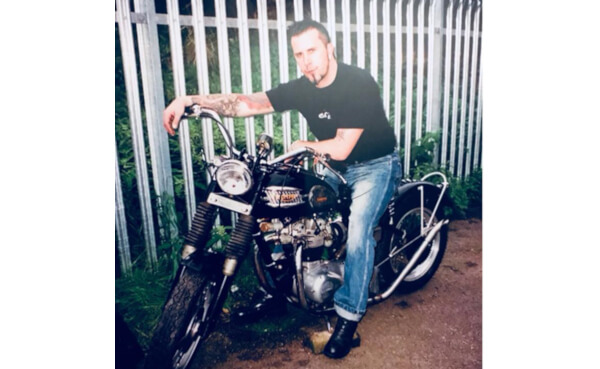 "My first bike was a hardtail bobber powered by a 3TA Triumph 350cc engine. It was a love of custom motorcycles that got me into riding in the first place and this was my first ‘big bike’. It was noisy, had no mirrors, no indicators and - as a hardtail, zero suspension.

It was also a kick start only, and the exhausts had VW baffles in them. It had drum brakes on the front and rear and the gear change was on the right-hand side of the bike … (as used to be the case with old British bikes).

There were multiple occasions when I would arrive somewhere but one or two parts of the bike or wouldn’t - due to vibrating loose and dropping off en route! Despite that, it was great fun." 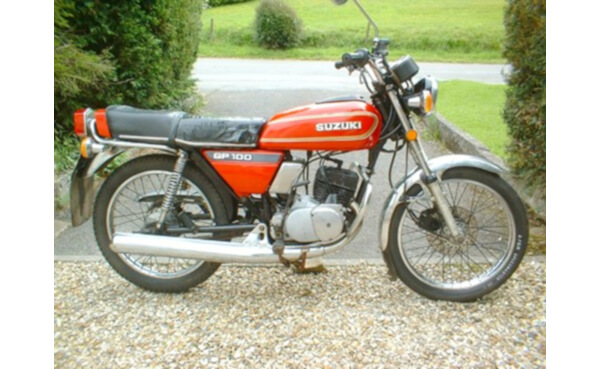 "My Step-Dad gave me a Suzuki GP100 for my 17th birthday. At such a blissfully naïve age, my thoughts about receiving the bike were just: “Cool! A motorbike!” But in reality, I now see that it was a somewhat cruel gift. My stepdad knew exactly what he’d bought for me - and exactly what lay ahead.

Being a 2-stroke, the bike went through endless top end rebuilds. There were always bit’s falling off randomly, and plenty of spannering in non-ideal conditions. But despite that, my stepdad was always there to help. Either that, or he’d be there pointing and laughing at the side of the road when I hadn’t realised I hadn’t turned the fuel tap back off reserve.

I rode that thing everywhere, making it down to St Austell in Cornwall all the way from my home in Salisbury. It even made it on a trip to Wales. In a not-so-record breaking time, I have to say.

A few years ago, I asked my stepdad why he bought me that particular bike. After chuckling to himself he replied, “Well, you needed to learn how to fix things - and that thing was always going to break.”

Anyway, ever since he bought me that bike, my obsession for two-wheelers has grown - something I hold him entirely responsible for (…as well as my lack of money). But that bike also created a tight bond between us that we didn’t have before it came into our lives, and for that, I’m most grateful." 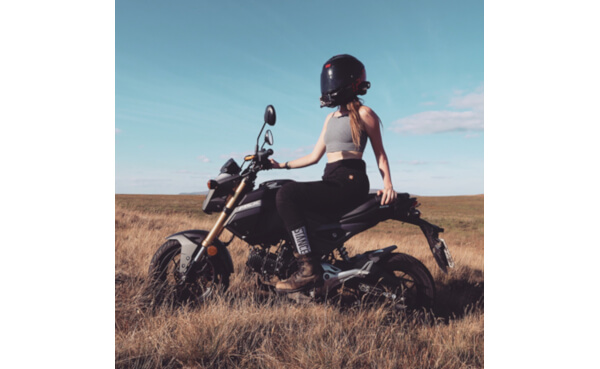 I picked ‘The Grom’ because it was the perfect bike for me to train on. It’s also the ultimate bike for London traffic and it seemed near impossible to drop! It’s also a bit of a head turner and I secretly (…not so secretly) like the attention.

Although it’s only a 125cc I’ve taken it 6,000 miles in just 8 months. My most recent trip was a solo ride to Wales from Clapham (and before you ask, yes….it did get me there). I’ll be sad to see him go, but now I’m craving more power and more miles on the road." 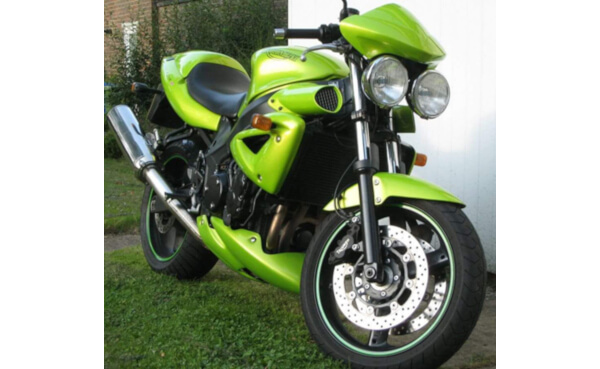 I was a bit late to the party, really. I didn’t pass my bike test until I was 30 (possibly an early midlife crisis?) and when it came to me buying my first bike, I just fell in love with the look of the Triumph Speed Four. That was it, really.

I owned it for three glorious years and rode it at every chance I got. Then one fateful night, I heard an almighty crash from inside my house. I ran outside, only to find a Foxtons Mini had hit my parked bike so hard, that it launched it over the curb and footbath and into the front wall of my house.

My poor bike was beyond economical repair, so I ended up replacing it with a BMW F800R. Safe to say I instantly regretted not buying another Triumph. 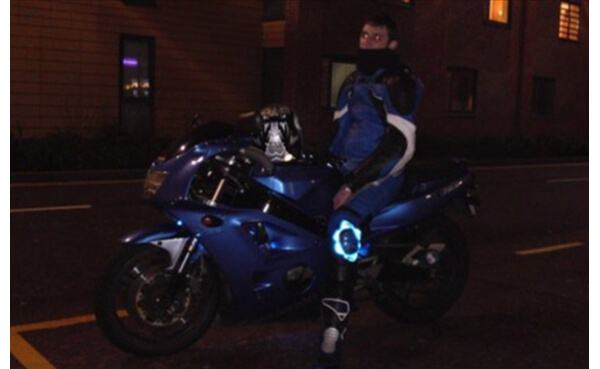 Other than a 50cc moped, my first ‘proper’ motorcycle was a Kawasaki ZXR400. It was this bike that led me into an Infinity store for the very first time nearly 10 years ago.

I went looking for some knee sliders, naturally, I thought I was Valentino Rossi at the age of 19, so I popped into Infinity Farnborough. That’s where I first met my colleagues Nigel, Ash, Terry and Matt who sold me some Motrax Yellow tear drop knee sliders. It’s worth mentioning that at this time I was sporting a blue Frank Thomas one-piece suit that I purchased second hand from eBay. It’s safe to say this combination wasn’t my finest look.

Regardless, I returned a few days later with my CV, and the rest is history!

The bike itself was originally restricted to 33 BHP. However, this was soon rectified at a mate’s garage one evening. When my restricted licence was finally lifted, I sold it and purchased a ZX6R.

All in all, it was a great first bike. It left me with some very fond memories and also led me to Infinity where my new career away from catering would begin.

What are your first motorcycle memories?

Now it’s your turn to share your first bike stories with our community. What better way to melt the hearts of veteran riders, ignite the desire in the next generation and enjoy a generous portion of nostalgia?

Head to our Facebook page and share your bike beginnings with us now. We’ll be sharing the stories from our followers, so keep an eye out to see if we’ve shared yours.

If you want to read more of our articles, you can read our Best Motorcycle Instagram Accounts to Follow article here.