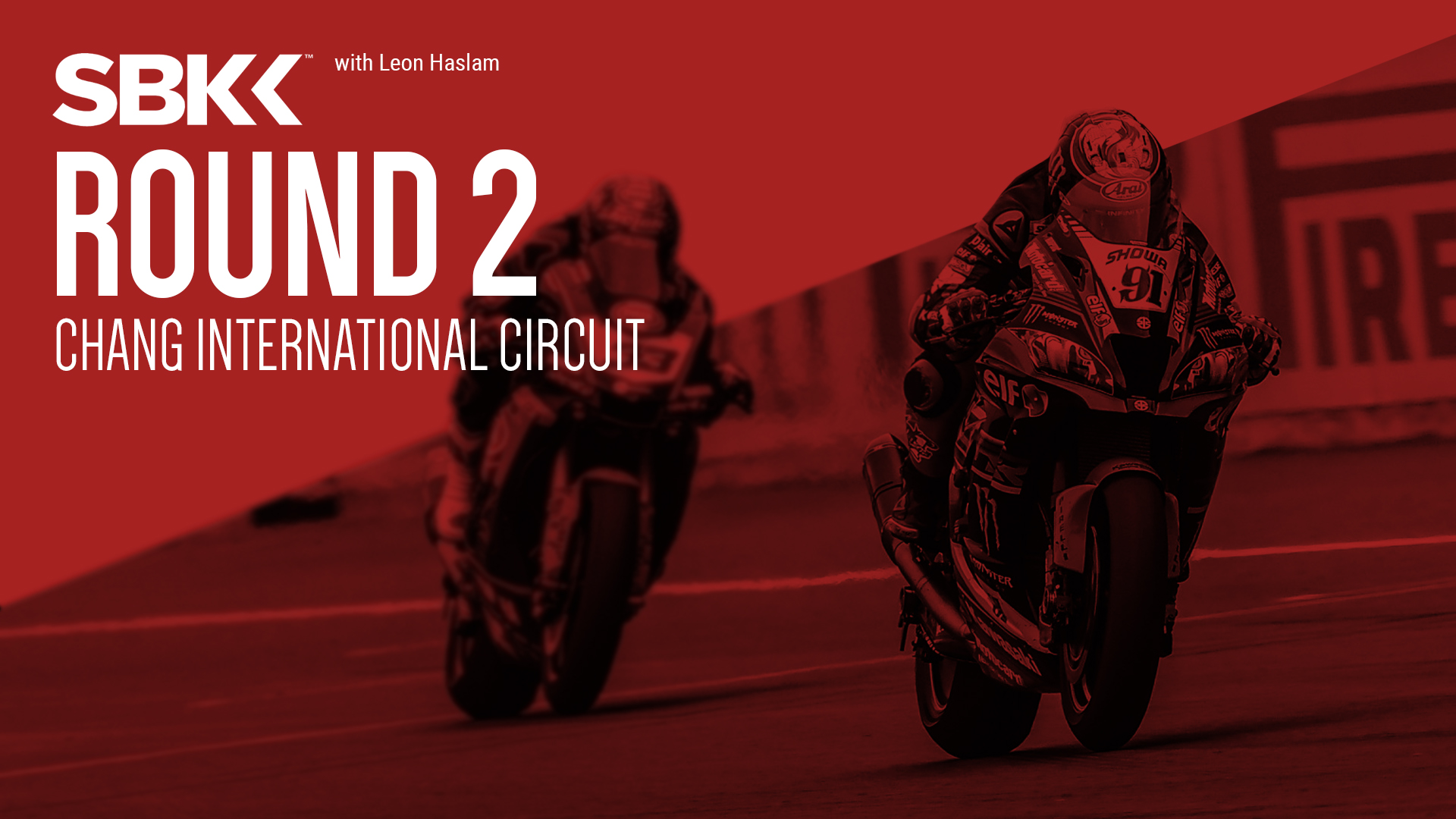 Round 2 comes to a close, and Alvaro Bautista extends his winning streak. Here's our round-up of the second stage of 2019's World Superbike Championship in Chang International Circuits, Thailand.

Alvaro Bautista beat Jonathan Rea into second place for the fourth time in a row to continue his winning start to the World Superbike season in Thailand. The Spaniard, 34, overtook early leader Rea with 12 laps to go and pulled away to make it four wins out of four and extend his series lead to 18 points. The Ducati rider began his first year in the series by taking a treble in round one at Phillip Island last month.

Kawasaki-mounted Rea made Bautista work hard for his victory but the power advantage of the former MotoGP rider's machine on the long straights proved crucial and he ran out the winner by 8.2 seconds. The pair touched going into turn three on the third lap of 20 at the Chang International Circuit in Buriram but both managed to stay on. Four-time world champion Rea said afterwards that he was "riding on the edge" to try and challenge pole position man Bautista for the victory.

"You can't give away the amount of speed which we are. I was pushing way over the limit and the front tyre was screaming at me," explained the Northern Irishman. "I enjoyed the race - I got stuck in and had fire in my belly. There is work to do but I'm happy. If you take Alvaro out of the equation I'm very strong."

Rea, 32, is aiming for a fifth straight title while former 125cc champion Bautista has made the move to WSB after nine years competing in MotoGP. Rea went into the weekend with a record of six race wins and one additional podium finish from eight starts at Buriram, including double successes in 2015 and 2017.

England's Alex Lowes was third on a Yamaha, with Dutchman Michael van der Mark, Leon Haslam and Marco Melandri making up the top six. Eugene Laverty crashed out unhurt on lap four while Welshman Chaz Davies was also a faller, but he re-mounted to take 15th place. After Sunday's races the championship moves to Europe for the next six rounds, beginning with Aragon on 6 and 7 April.

Alvaro Bautista extended his winning streak at the start of the 2019 World Superbike season to six races by taking a hat-trick at Buriram in Thailand. The Spaniard followed up his treble at the first round at Phillip Island last month and his win in Saturday's race one by securing victory in the sprint race and feature race two on Sunday. Defending champion Jonathan Rea has finished second in every race so far.

The Northern Irishman trails Bautista by 26 points in the series standings. Ducati-mounted Bautista led Sunday's second main 20-lap race of the weekend from start to finish to win by 10 seconds and continue his domination of the early stages of this year's championship. Earlier in the day, the former MotoGP rider triumphed in the Superpole sprint race which was scheduled for 10 laps but red-flagged because of a crash involving Englishman Leon Camier, who suffered a knee sprain.

The 34-year-old made a break at half-distance and took half a second out of Kawasaki pilot Rea before the race was stopped and the result called. Behind Northern Irishman Rea, Yamaha's Alex Lowes completed the podium in both of Sunday's races, followed by team-mate Michael van der Mark, Leon Haslam and Marco Melandri, the same top six leaderboard as Saturday's race.

Rea, chasing a record fifth straight world title, said he was "happy with a solid performance" over the Chang International Circuit. "It was a solid weekend. I did my best and enjoyed the races but the gap to the front was just that little bit too much," said the 32-year-old.

Bautista has made the move to WSB after nine years competing in MotoGP. Rea went into the weekend with a record of six race wins and one additional podium finish from eight starts at Buriram, including double successes in 2015 and 2017. Eugene Laverty was unable to take part in Sunday's races as his bike was not re-built in time from his crash in Saturday, while Welshman Chaz Davies retired from race two.

The championship now moves to Europe for the next six rounds, beginning with Aragon on 6 and 7 April.

"Being fifth all weekend isn’t what I’m looking for but the feeling improved on Sunday and I felt more consistent in the final race. We were running the big ger brake discs, which I didn’t have the best of feelings with this weekend, bu t, in general, we made a big step with the bike. I can say now that I have been suffering with a trapped nerve in my back, which flared up just before I came here, and I have had to take painkilling injections all weekend. I struggled a lot this weekend and I am glad it is over in some ways. I need some rest and then we can start again in Aragon. I had not been to Chang for four years. It was always going to be tough with just two 50 - minute practice sessions and going straight into it so to get three fifth places is something I had to accept and be reasonably happy with."